In Chinese history, Ming Dynasty (1368-1644) was known for trade and cultural ties with the West, along with its drama, literature, and porcelain. One factor contributing to its collapse was a 65-year-long plague that broke out in 1580 and ravaged the dynasty until its demise in 1644.

In 1580, a plague infested more than half of the families at Datong (in today’s Shanxi Province), and later spread to Beijing as well as southern China. When it broke out at Shanxi Province again in 1633, many people fled and some families had no survivors. Another surge of the plague in 1641, three years before the dynasty’s ending, claimed a large portion of the population in China.

Besides the plague, the Ming Dynasty also had other threats, such as the rebelling forces from Li Zicheng (also known as Dashing King). To break the 6-month siege by Li, governor of Kaifeng City ordered to open the banks of the Yellow River in 1642, which killed 300,000 people, a majority of the Kaifeng population. Famine and further plague ensued.

The plague, though, seemed to only infect Ming Dynasty’s troops, not soldiers from Li Zicheng or the invading Manchus. This further pointed to the destiny of Ming.

After infecting China for decades and weakening the Ming Dynasty forces, the plague diminished in 1644 after Manchu established the Qing Dynasty.

One of the most renowned physicians combating plagues in the Ming Dynasty was Wu Youxing (1580-1660, also known as Wu Youke). He did extensive research on epidemics and wrote the book of Wenyi Lun (Treatise on Pestilence), also in 1642.

The main medicine Wu invented for the plague called dayuanyin, which helped strengthen the patients’ immune system and balance their internal organs. A movie based on the plague and Wu, Da Ming Jie (Fall of Ming) won Golden Angel Award in Chinese American Film Festival in 2013.

Wu’s medicine did not cure all patients. Only those who heeded his advice to sincerely recite his Daoist verses before taking the medicine had their health restored.

Similarly, plagues were also seen in the West, such as the three major plagues in the Roman Empire. Nero started persecuting Christians in AD 64, and a plague broke out the following autumn in Rome and killed 30,000. After Marcus Aurelius (121-180) became the Roman emperor in 161, he went a step further than any of his predecessors in persecuting Christians. The Antonine Plague broke out in 165 and lasted for 16 years, killing an average of 2,000 people per day. The Plague of Cyprian started in 250 and ended in 270, killing as many as 5,000 people per day in Rome.

The suppression of Christianity was officially ended in 311 by Galerius. More tolerance for Christianity was made possible after Constantine the Great issued Edict of Milan in 313. His co-ruler Licinius still could not fully tolerate Christians. A civil war ensued between the two emperors. 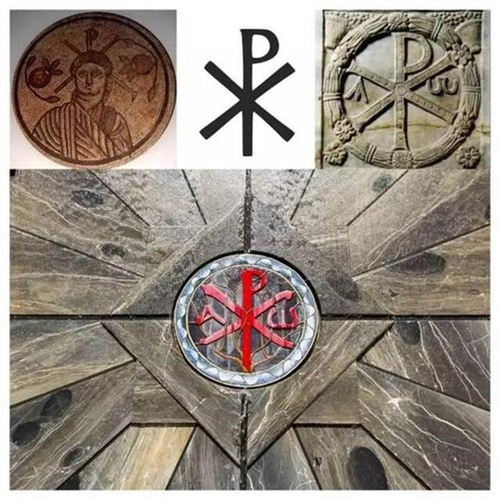 The Chi Rho symbol of Constantine the Great

During the war, Constantine was given a hint in a dream to have his troops bear a symbol of Chi (Χ) traversed by Rho (Ρ), which represented the first two letters of the Greek word ΧΡΙΣΤΟΣ (Christos). He defeated Licinius and the Roman Empire was once again united in 324.

Constantine’s story and physician Wu’s story share one thing in common: those who believed in hints of the divine would be protected and blessed. The former won the battle and fulfilled his mission to end the religious persecution, while the latter was able to cure patients who believed in and recited his Daoist verses.